How but in custom and in ceremony?

"... may her bridegroom bring her to a house
Where all's accustomed, ceremonious;
[...]
How but in custom and in ceremony
Are innocence and beauty born?"

These lines, from Yeats' A Prayer for my Daughter have been playing on my mind these days.

The lockdown has banished two customs or ceremonies, two major sources of peace, rhythm and reverence in my personal life - wine at sundown, and solitary walks outdoors.

However, in all other respects, my daily life is far less affected than I would have thought it would be, even considering that I am in a new town, in a new house, with a comparatively new beloved and a blank future.

It has taken time to discover that my life path is in no way diverted by circumstances, however unwelcome or painful or just plain irritating these may be. The main reason for this is because I am still the same.

I grew up on home-cooked food. Just like her mother, my mother made everything from scratch. I have largely continued this custom. We never went out (my father considered it "money down the drain") and we never ate 'junk'.

It's nothing special, really. Millions of women, people all over the globe, will turn soft and spotty bananas into banana loaf, if given half a chance. I find that some grated lemon rind and ground cardamom seeds add a lovely fresh mystery to ordinary banana bread. My wrist works to the sound of the wooden pestle grinding and clacking against the mortar.

The original recipe I use comes from a primary school friend, a loyal soul I am still in contact with. I think of her when I use it. I think of the various people in my life who have purred while eating this bread.

One extra thing I learned - was it from my mother again? - is that if you beat the egg whites stiff first, in a separate bowl, and then add them to the dough at the very end, the mixture is given an extra dose of airiness, which persists into the final, baked bread. I thus follow this habit with much of my baking. It means there is an extra bowl to clean, but it's worth it. 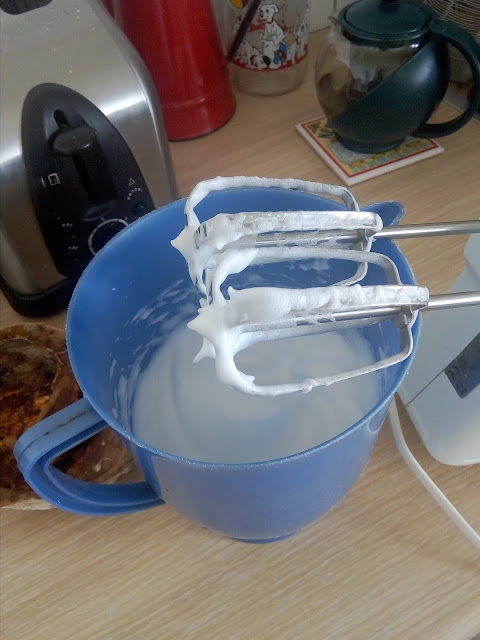 The sunrise is spectacular,
so we step over the grass road,
to the unfenced farm behind us,
to get a better view of the horizon.

Sacred ibis fly in formation above -
an arrow point trailing long ribbons
of white and black bodies scything the sky,
while gold bleeds into the flesh
of the clouds.

Padding back home
through the wild veld,
our eyes fall
onto a pile,
and another, and another

There's been a ban on harvesting them,
twelve years.
We wonder, have these lain that long?

Poachers must have scooped them out
and left these cairns.

'I feel sick,' you say,
as the sun climbs higher
and the wind cries
eerily around the corners
of the place where we stay. 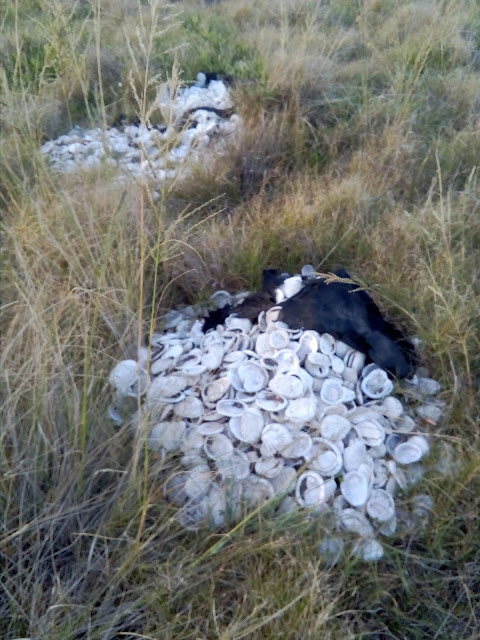 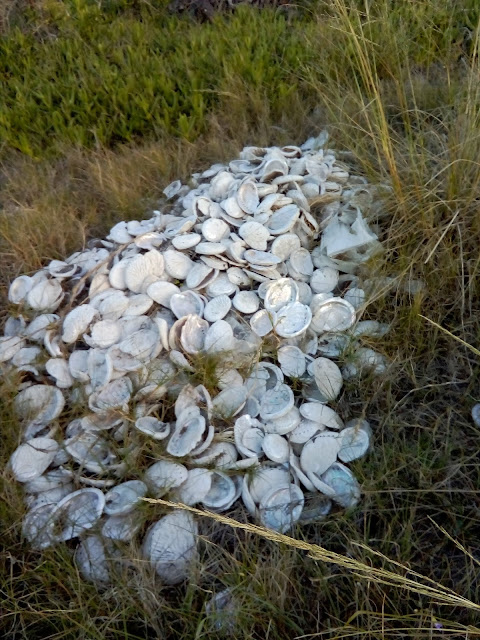 The sun and the avocet

Before he rose today, the sun asked the avocet -
"What have you found during your foragings this dawn?"
The avocet looked around her and, surprised that the sun showed an interest in her, reflected for a moment.
"Mr Sun," she then replied obligingly, "I have found that essentially nothing has changed. I mean, everything is the same as yesterday, and yesterday was the same as the day before."
The sun made no reply. He was busy working on a particularly delicate pale purple, whereby he wanted to announce himself to the hills on the opposite horizon.
Mistaking the sun's momentary silence for a gentle invitation to be-think herself, the avocet added, "Of course, this morning is the same, but it is also different from all others. Low tide is particularly low today, and so the parts of the lagoon where I am foraging are particularly tight with fish. The skin of the water is rippling with them, and many have been jumping, as if they had not enough space at this moment."

The sun had completed the creation of the desired pale purple.
"Ah," he said, "I like that you are so observant of others. I shall touch the water's surface now, to give it a little colour. It may help those mullet feel that their home is just a little more expansive until the high tide frees them."
He directed the light of his eye into the sky, which obediently threw a rosy spread upon the water.

"What else," he then asked the avocet, "have you discovered?"
"I hope I can satisfy your curiosity," the avocet replied a little nervously. "I will say that I have had quite a dawn of wise morsels. I must have felt this test coming."
"I am not testing you," the sun corrected the bird, "I am curious about what happens before I arrive."

"That does put a different slant on it, thank you, Mr Sun," said the avocet, humbled by the sun's frankness, and moved by the Great Light's desire to talk to her, an insignificant little wader. She paused for a moment on her long, thin legs, before continuing.
"Ok, Mr Sun, I will dredge up my deeper thoughts."
She hesitated, but then took courage. "Today I confess I thought about death," she declared quietly. "Or, not really death. I thought ... I mean, I found that when something dies," she said slowly, "it gives the time it used while living back into the world."

She paused again, not used to talking this much, and also somewhat a-wonder at the wisdoms her questioner was fetching out of her delicately up-turned beak. Then she added,
"I find this each time I eat a hermit crab. As soon as I swallow one, it fills my stomach with time that belonged to it, but which now belongs to me to find the next one."

"Very good, very good," chuckled the sun, as the colours on the lagoon became golden.
The avocet could not help but walk on her stilty legs straight into the stream of gold, because it lay directly in her path. She briefly felt herself disappear completely. It was as if she were being eaten by the light.

'Perhaps this is a bit like what the hermit crabs experience,' she said to herself, 'when they disappear in my warm body.'
But she did not tell this to the sun, who was by now a free ball in the sky, great and silent and beyond the possibility of any further communion.

'I'll save that wise morsel,' thought the avocet. 'Who knows, I may need it in the future?'