Rather just feel it

A writer can't be squeamish when it comes to emotions.
The 'bad' human emotions all have a place.

I first learned the value of jealousy when I fell in love with the man who would become my second husband.

Prior to that I had, of course, naturally felt jealous, frequently. I was jealous of my sisters when they were born (they were twins, born prematurely when I was not yet 2 years old). I continued to be quite acutely jealous of them every so often, the way that siblings will be, when parents try to be as fair as they can be.

In my 20s, I was jealous of ex-girlfriends, whom my then-boyfriend declared he still loved in his heart. I was passionately jealous, at times, wilfully cutting up photographs, yelling and tossing cups about.
My passions were ugly and violent, and so I felt that my jealousy was wrong and tried to suppress it. The ex-girlfriends were beautiful women, after all. They were innocent - it was not their fault that they were loved.
I visited and even hosted ex-girlfriends with my boyfriend, and later with my first husband, mostly swallowing, or trying to swallow, the terrible feelings I harboured - feelings of possessiveness, which I did not know then were hiding dismay that I was not being treated with respect, that is to say, that I was unable to own my feelings or express them in an acceptable way.
The jealousy made me feel ugly and I did not want to be ugly.
Influenced by the ethics of the hippie era, we were probably many of us trying to deny all 'bad' feelings, all feelings excepting love.

Late in life, I fell in love with an old hippie. (Norman, for those of you who know me.) He was 60, I 44.
We were honest about the fact that we each loved people before we had met one another.
Our love for one another cancelled no other love.
I loved him for having such a big, warm, loyal heart. In any case: I knew I could not love a man who disowned or relinquished the love he had felt for other women - women just like myself.
But my love reached a limit when I realised I did not want to share him.
I knew that the jealousy was an issue between himself and myself, NOT between another woman - who was beautiful and could not be blamed for being loved by him - and myself.
Although we were living apart, I expressed my problem to Norman and he immediately understood, respected and acted on it by committing himself unreservedly to me, notwithstanding the physical distance between us.
This was a completely new experience for me: I was being honoured. My 'ugly' feelings were being taken into account, because I had finally found someone I trusted sufficiently simply to express them.

It was a turning point.
Suddenly my jealousy found its rightful place: its function was to declare a limit, a boundary.
My possessiveness wanted our love in a sanctuary: a paradise, which was closed to all but ourselves.
That is how I made friends with my jealousy.
Now I know better how to guard my heart: when I feel jealous, I always ask myself whether I am maintaining proper boundaries. The jealousy is a warning sign that I am not sufficiently protective of an important sacred space. This can apply to any situation, including my work, my solitude, my very identity.

If you are not friends with your jealousy, it will become a passion and endanger the unlimited love in your heart. It will take control, make you controlling, even violent, and then you can't be free.

Rather just feel it. 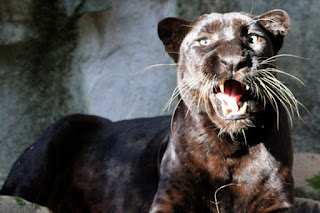 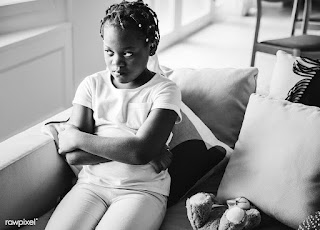