Helped by a hook

This morning, as I walked along the shore of the lagoon, something sharp sank into my foot.
I winced and kicked, and a snag of weeds and fishing tackle spun itself more tightly around my toe.
I pulled out a rusty fishing hook.

In German, when there is a problem, we say, "Wo ist der Haken?"
Where is the hook?

Where is the hook when things don't add up, when they don't make sense. In English, I suppose, the sentiment would be translated as 'where's the catch?'

Among all the different levels of reality there are, most are not immediately apparent.
The hook was not visible in the sand. But once I felt it in my toe, I could see it and remove it and dispose of it safely.

The snag, which keeps tugging at me during these strange, unforeseen days, is: who is there, who still trusts their experience, their own eyes and ears? Who, in the noise of news and numbers, is able still to hear their own impersonal, intuitive voice?

We tunnel in to our laptop and cellphone screens, but the sky does not disappear.

The rusty fishing hook helps me catch myself. For I must be helped to retain a hold on myself in these times. 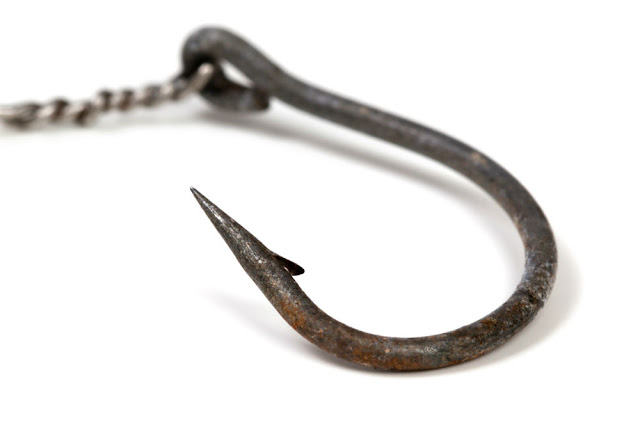